Has your child or a young person you know been complaining about painful heels? If so, it could be Sever’s disease.

I’d never heard of the condition myself until early this year. Back in March my son Alfie was complaining about sore heels. I had initially dismissed it, thinking he just wanted a foot massage or a bit of attention. At the time Alfie was running around 7-8 miles a week, doing various park runs, races and track sessions, as well as playing football twice a week for his local under 10’s team.

With a big race ahead of him, I thought I’d take him into work (One 2 One Therapy) to see one of the physiotherapists. I had arranged for Angharad to give him a mini sports massage to loosen his calves as a little treat. As he lay there on the bed, she asked him if there was any where in particular that was giving him trouble and he began to tell her about his heel discomfort, explaining that it was painful when he ran and pointing to the area. After checking his feet and assessing him, she said “Alfie has Sever’s disease, but don’t worry, it’s not as bad as it sounds”.

I listened to her explain to him that he’d have to rest, and stop running completely. I could see the look of horror on poor Alfie’s Face. She told him not to worry and reassured him it was all down to him growing. She suggested cycling and swimming to keep up his fitness level until his feet had healed and to rest and apply ice to his heels 2-3 times per day. Angharad also suggested that I purchase some heel supports for his shoes to absorb any shock and to cushion his heels so they wouldn’t be damaged further.

Thankfully, after a tough 2-3 months of giving up his much loved running and football, and staying off his feet where possible, the pain subsided. Alfie is delighted to be back running again. If we hadn’t had it diagnosed early, he could have ended up with both feet in plaster having to use crutches. However, it was a lesson learned for both of us, as he may have been putting his young body through more than it could cope with. 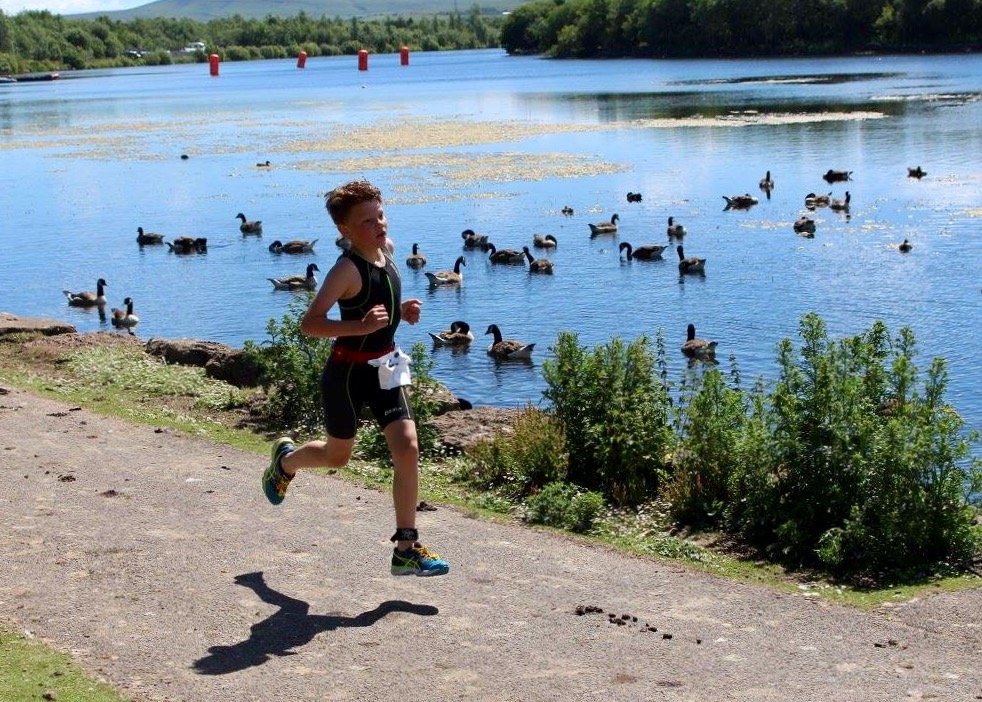 Any active young person could be effected by this ailment, so I have provided some useful information below. 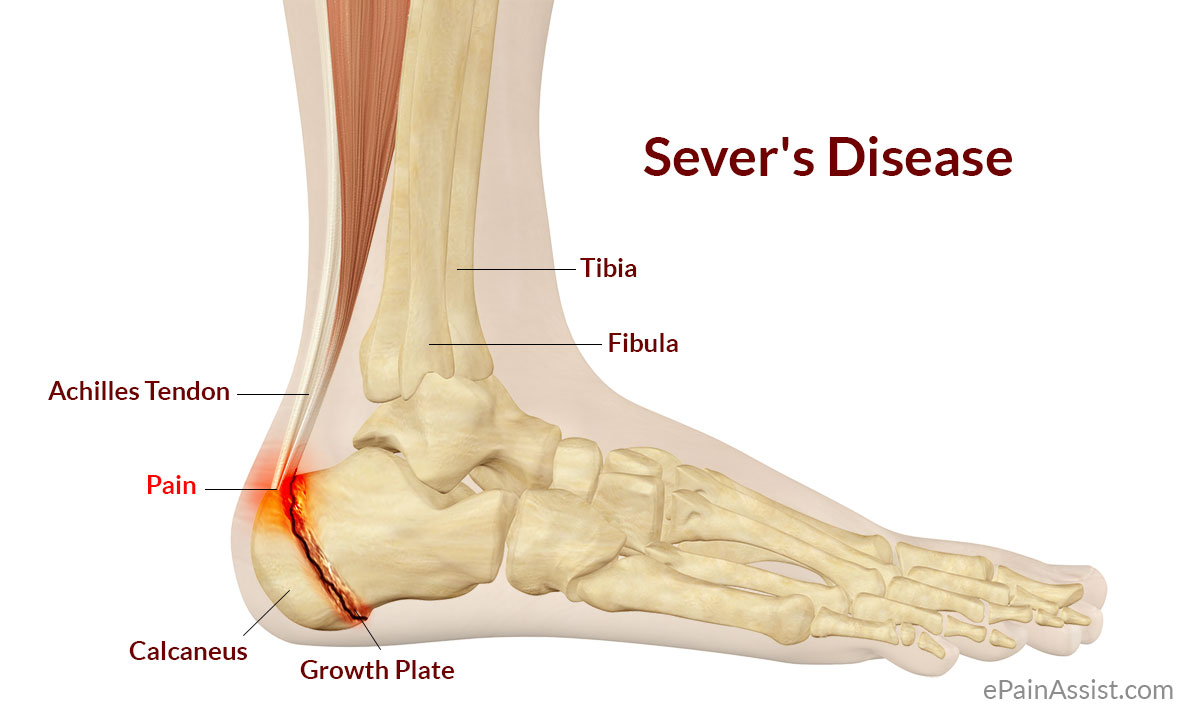 Sever’s Disease is an inflammation of the growth plate in the heel of growing children, typically between the ages of 10 and 14. The condition presents as pain in the heel and is caused by repetitive stress to the heel and is thus particularly common in active children.

The most prominent symptom of Sever’s disease is heel pain which is usually aggravated by physical activity such as walking, running or jumping. The pain is localised to the posterior and plantar side of the heel over the calcaneal apophysis. Sometimes, the pain may be so severe that it may cause limping and interfere with physical performance in sports. The cause of Sever’s disease is directly related to overuse of the bone and tendons in the heel. This can come from playing sports or anything that involves a lot of heel movement. It can be associated with starting a new sport, or the start of a new season. Children who are going through adolescence are also at risk of getting it because the heel bone grows quicker than the leg. Too much weight bearing on the heel can also cause it, as can excessive traction since the bones and tendons are still developing. It occurs more commonly in children who over-pronate, and involves both heels in more than half of patients.

Treatment may consist of one or more of the following:

• Open back shoes are best and avoid high heeled shoes

Sever’s disease is self-recovering, meaning that it will go away on its own when the foot is used less or when the bone is through growing. The condition is not expected to create any long-term disability, and expected to subside in 2–8 weeks. Some orthopaedic surgeons will put the affected foot in a cast to immobilize it. While symptoms can resolve quickly, they can recur. Sever’s disease is more common in boys than girls; the average age of symptom onset is nine to eleven years.

• Use quality, well-fitting shoes with firm support and a shock-absorbent sole

If this sounds familiar to you and you’re concerned about your loved one,  call the clinic to make an appointment to see one of our chartered Physiotherapists.