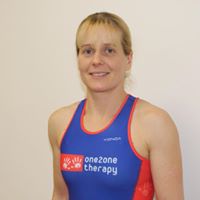 Born on the 14th of May 1979 in Bridgend, South Wales. Angharad grew up in the village of Cefn Cribbwr and spent her youth enjoying various sporting activities in and after school. She enjoyed hockey, basketball and Karate, but excelled in Karate especially and reached her black belt status before leaving for University in 1998.

Whilst attending the University of Salford for 3 years, working towards her BSc hons in Physiotherapy, Angharad developed an interest in running. She had ran 9 marathons before taking up cycling in 2008, when it was suggested by a friend that she took part in a charity bike ride across Israel. Her talent was soon spotted, and to her surprise, she was invited to race with team G.B. She was then selected on good performance to represent Wales in the Women’s road race in 2010 alongside Nicola Cooke in the common wealth games in Delhi and Great Britain.

More recently, Angharad has competed in several triathlons whilst juggling work and training around her son Gruff. Winning her age group in the Brecon Titan half Ironman distance triathlon and placing second in Porthcawl standard triathlon. 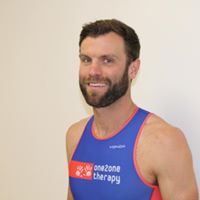 Adam was born on the 5th of August 1982 in Watford, Hertfordshire. As a child he relished in any kind of sport, especially football, before he fell in love with running at the age of 10. Originally starting out as a swimmer, he began swimming for Watford swimming club and reached national level in his teens. In 2001 Adam represented Great Britain in the world junior cross country, and he finished 6th in the European Junior cross country championships.

In 2006, Adam took part in the Commonwealth Games and finished 9th in the steeple chase final. In 2008, he won the U.K Olympic steeple chase trials.

Adam became a triathlete in 2008 and moved to Loughborough where he attended Loughborough High performance centre on the Tri Gold Scheme, a fast track programme to become an elite triathlete. His highest placing to date in the ITU World Championship series is 4th, which took place in Leeds in 2017. Adam was ranked 9th in the overall ITU World Triathlon series rankings in 2016.

Adam now lives in South Wales to be with his partner Rhian (owner of one2one) and has become a fantastic stepdad to Rhians’ two sons, Harri and Rhys. He currently trains at the National Triathlon Performance Centre of Wales based at Cardiff Metropolitan University, with his coaches Andy Lane and Luke Watson.