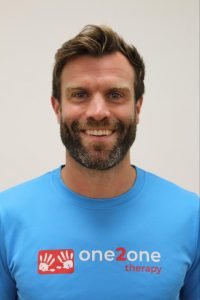 Adam has been a professional athlete for over 20 years and has a wealth of knowledge on how to look after your body to enable it to perform at its optimum level without risking injury.

Seeking a new challenge in 2008, Adam decided to move into triathlon. He was accepted as a member of the trigold programme, British Triathlon’s talent identification programme, funded by Barrie Wells, that aimed to fast track athletes into becoming world class triathletes.

2018 was where Adam decided to switch to the 70.3 distance. It proved to be a great move as he won his first race in Rome. This year Adam had breakthrough performances finishing 7th in the World Championships in South Africa and 2nd in the European Championship in Denmark.

The years that followed from 2019-2021 started well with x7 podium finishes but were hindered somewhat when Covid hit.

Adam knows through many years competing at the highest level in sport how valuable massage is for making sure that his body stays at its peak and injury free. So, In November 2021, Adam Qualified as a Raynor Massage Therapist.

Adam believes that Raynor Massage will help many people to relieve deep routed tension in the body that may have built up over the years. Adam knows through personal experience that tension can build up anywhere in our bodies through both physical and emotional stresses. He believes Raynor massage is the key to release this tension.