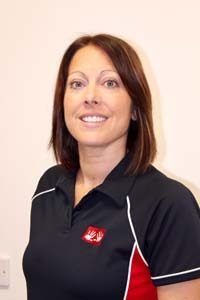 After graduating, Rhian worked initially for the NHS in South Wales at Princess of Wales Hospital, The Royal Gwent and in Merthyr Tydfil. She also spent 6 months working in a public hospital in Sydney, Australia.

In 2004, Rhian opened her private physiotherapy clinic One2One Therapy at Esporta Bridgend. Since then, she has dedicated her time to growing her business into the multidisciplinary wellbeing clinic you see today.

Rhian has a passion for healthcare and for helping each and every person she meets. She set up her private clinic because she was disheartened with the NHS and wanted to provide a physiotherapy service which she felt the community needed and deserved. Working in the private sector has allowed Rhian to develop her skills as a therapist which would have been restricted within the NHS environment. Over the years, Rhian has had the privilege of working with Professional sportsmen and women including Welsh rugby players, pro cyclists, elite GB Triathletes both at the clinic and on training camps in Portugal. It was on a British Triathlon training camp where Rhian met Adam Bowden in 2015. Adam is now a huge part of the one2one team, representing us in his international events whilst Rhian keeps him injury free.

Outside of work, Rhian loves being active and spending time outdoors with her two young sons Harri and Rhys. Over the years, Rhian has completed the New York & London Marathons, several UK half marathons, a triathlon and 3 charity cycle rides to Taunton. Several of these have been done whilst in fancy dress raising money for charity. When she’s not dressed up as Bat girl, she enjoys travelling the world with her 2 sons supporting Adam in his races.

A lifelong Take That fan…she knows all the dance moves from back in the day!

Rhian can sing the French national anthem even though she doesn’t understand a word of French!